Born in the city of Bucaramanga; At a very young age, she began her studies of music theory and flute at the Departmental School of Music - DICAS with the teacher Liliana Uribe.

her In 2004 she entered the musical extension courses of the Industrial University of Santander where she later studied her university studies obtaining a Bachelor of Music degree with the main instrument flute flute under the tutorship of the teacher Santiago Sierra. < / p>

She participated as a member of the Symphonic Band of the Industrial University of Santander, as well as in the Band of the municipality of Piedecuesta. She formed various transverse flute ensembles, and was also a member of the Folkloric group Corazón Santandereano, Tunar-t UIS and other classical and popular musical groups, performing on national and international stages with the aforementioned groups.

she worked as a teacher of flute and musical initiation at the Santandereana Foundation for Regional Development - FUSADER in Bucaramanga from 2009 to 2012, the year in which she travels to Chile to begin her studies in Music Therapy at the University of Chili. She currently works as a teacher of music and flute in the city of Concepción. 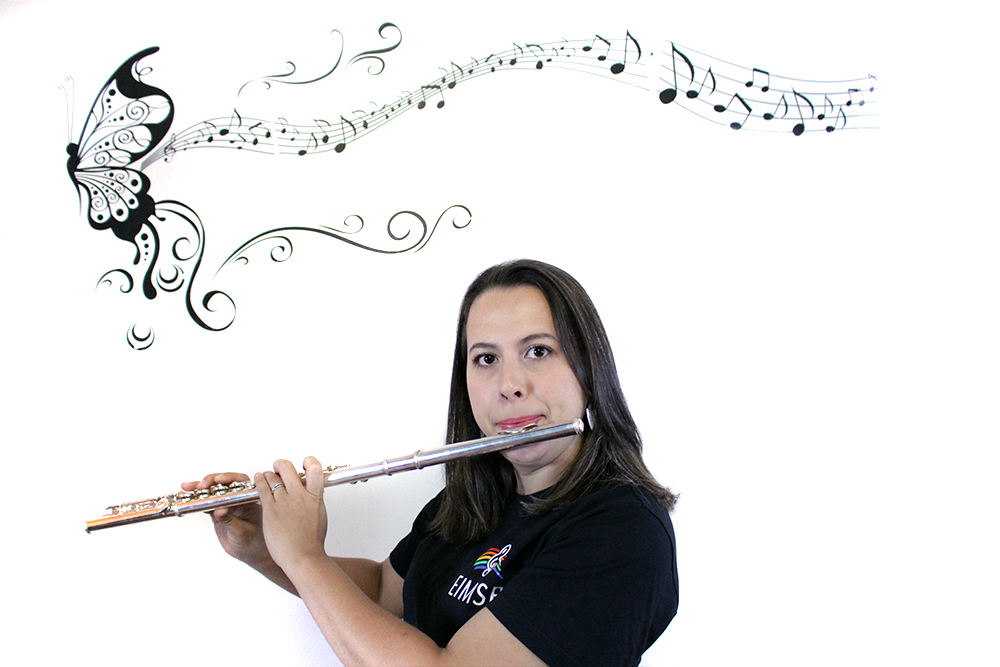